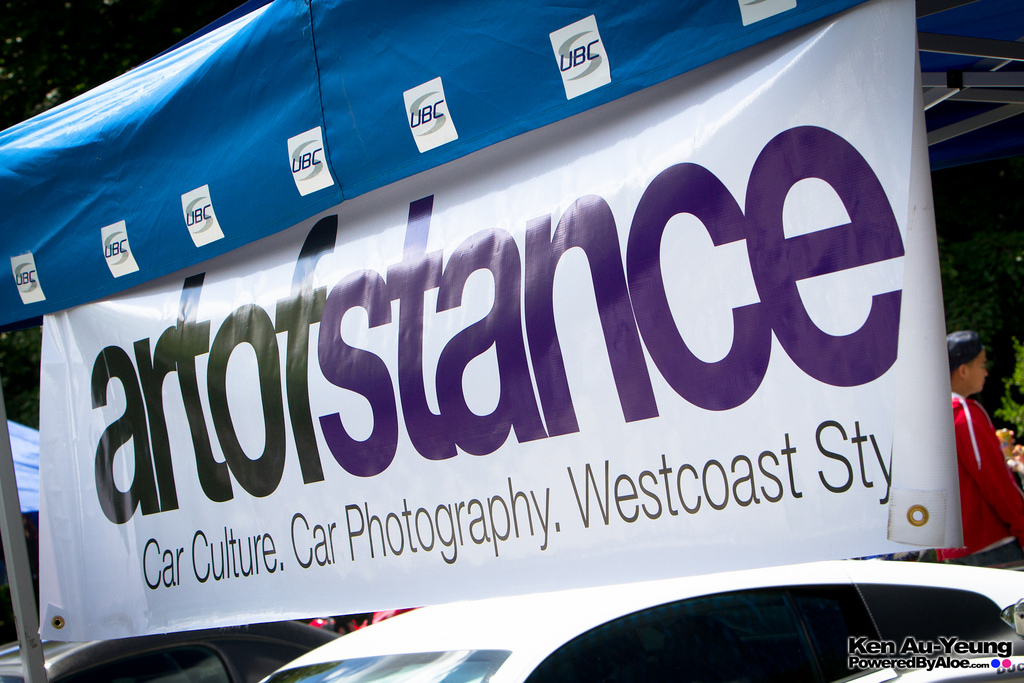 Our 2012 year started small. Back in February we were at less than 600 likes on our Facebook page. It still boggles my mind how far we’ve come in the past year and we thank everyone one of our fans! We gave our readers a glimpse of the amount of work that automotive photographers do for a photoshoot. Here’s a look back at our 2012 year.

In March, we started to get busy with the coverage of automotive events in the Pacific Northwest. First up was the Golden Gardens meet in Washington State hosted by our friends at StanceWars and NW-Built. Golden Gardens Coverage.

The week after was the Revscene Spring Meet held at Spanish Banks. A sneak preview of bigger things to come at the Revscene Summer Meet.

We finally opened up an online shop where our readers could pick up some artofstance stickers!

We featured a pair of Mazda RX-7s. Rotary Powered.

I checked out a vintage Japanese car meet which was fortunately near a VW/Euro car meet. 2 for 1, what a deal!

Stuffed JDM vs Euro Meet. Yeah..I don’t know what Stuffed means either but it was a great turnout of cars.

We featured a beautiful Volvo S60R. And an Audi A5 coupe.

I took a trip down to Washington with our friends Static|Captains for the annual Leavenworth Drive.

July was another busy month of us. We covered Waterwerks, StanceWars, and Formula Drift (Part 2).

The local automotive community got together for Connors Day to show our support for a little boy in the UK.

We did two features in October of a turbocharged Mazda 3 and a VIP Lexus GS300.

One of our good friends, Stephanie was fortunate enough to visit the Nurburgring and do a couple of laps. Lucky for us she took photos! Later on she also got to drive around Silverstone in a GTR. Artofjealousy

We did our last car feature in November with David’s Skyline GTS-T Type M.

It was a great year for us and we grew a lot in readership. We’ve met many new friends along the way and got to work with some old ones! In 2013, we’ll probably be shifting our focus to more car features and photoshoots. We’re looking forward to the upcoming year and giving our cameras a good workout. Thanks for coming along for the ride! Happy New Year everyone!