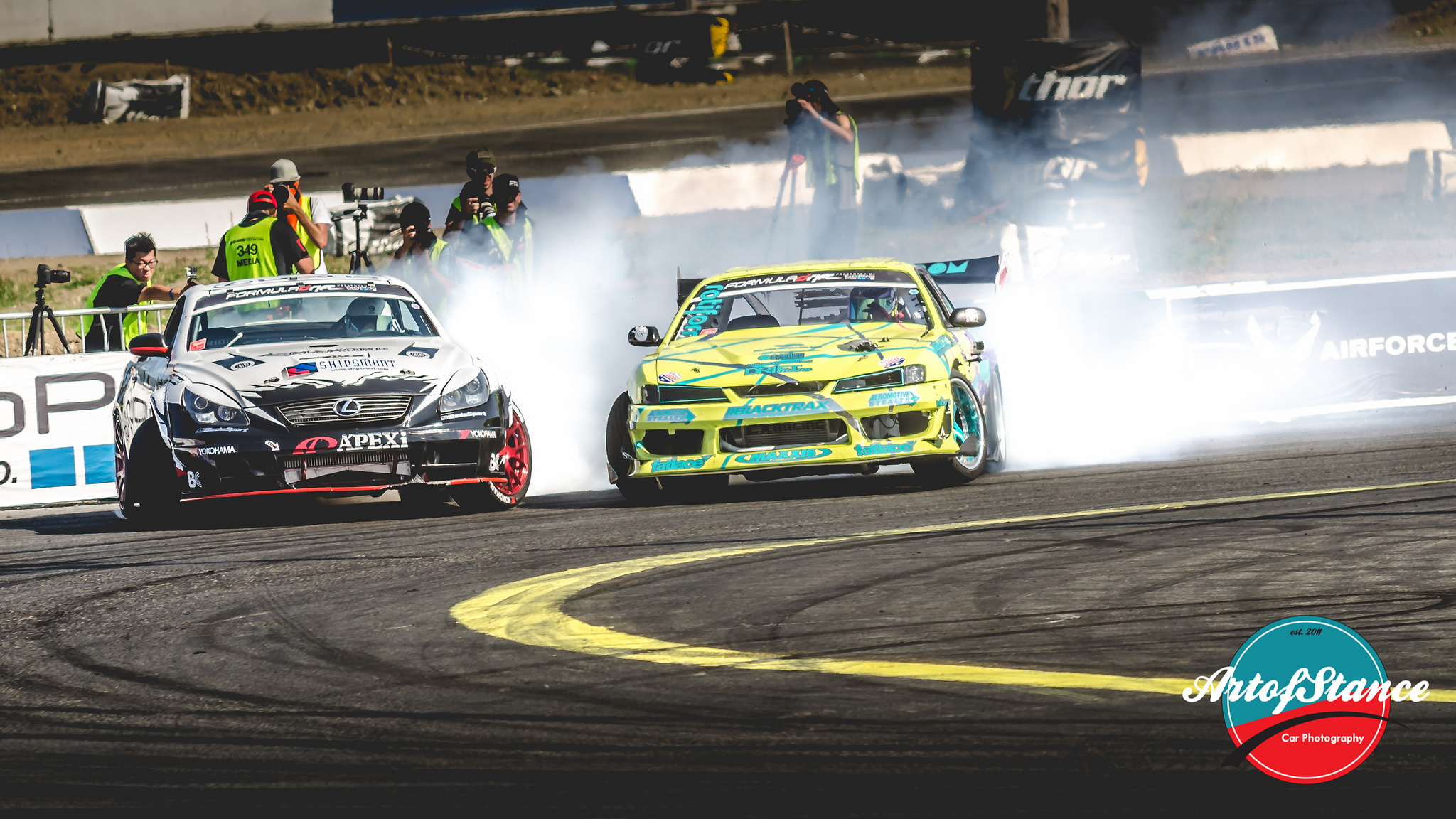 photos and words by Jonathan Leung

It will be my third trip down to Washington state in four weeks but this time it feels a little different. I’m not showing my car.  Instead, It’s my first guest feature for Art Of Stance and Bill has asked me to cover Formula Drift and its return to Evergreen Speedway. If you haven’t seen Bill and Richard’s epic coverage from the track at last year’s Formula D then check it out here (Part 1, Part 2).

Thanks Bill, sure no pressure… none at all.

Rolling in early gave me a chance to check out the cars pulling in for the sister event for the day – Fatlace’s Slammed Society. 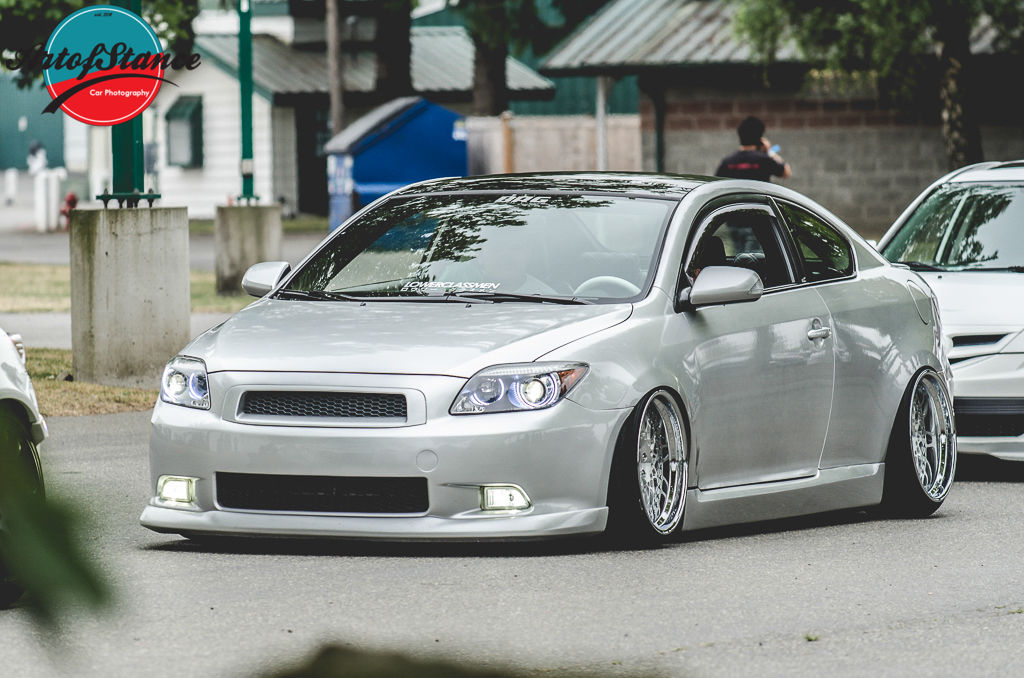 The Slammed Society lasted during the entire event and the PNW did not disappoint with some of the area’s top stanced cars from both sides of the border showing up: 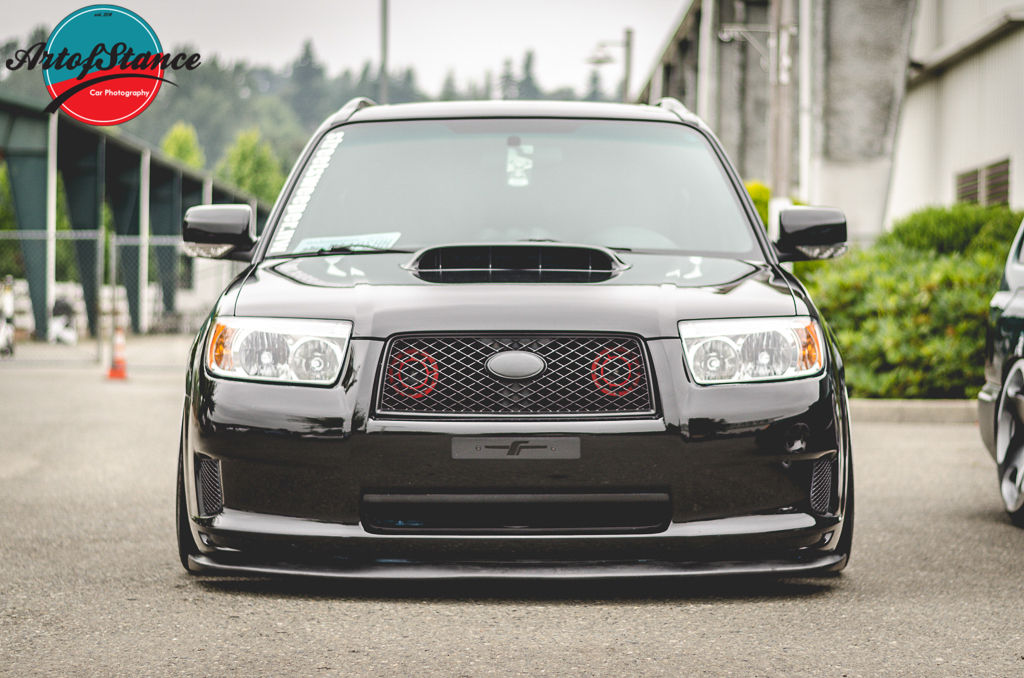 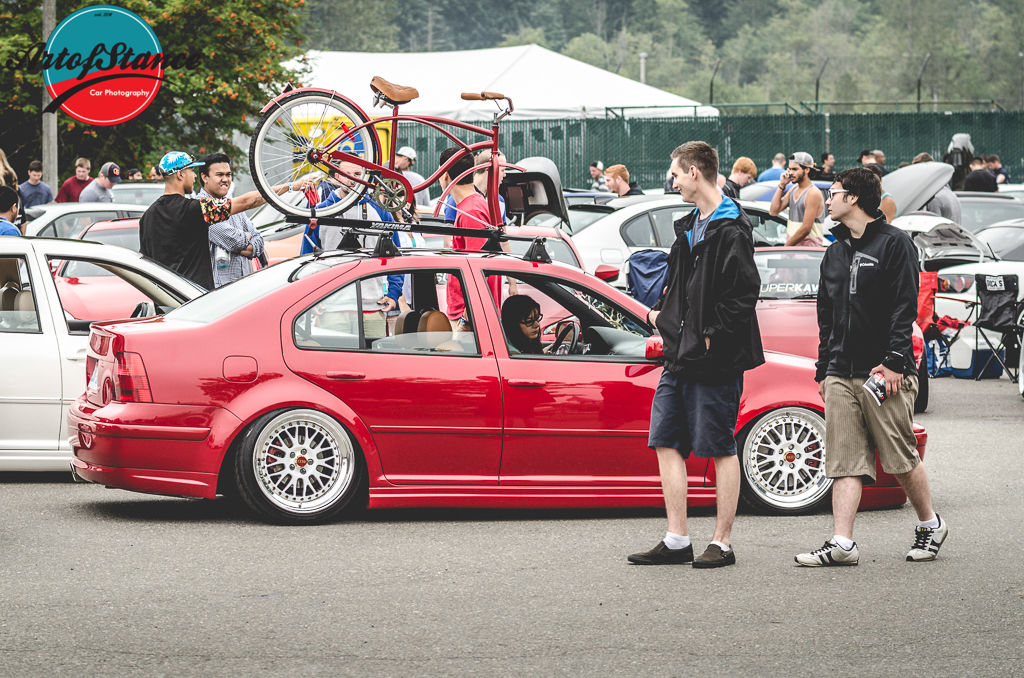 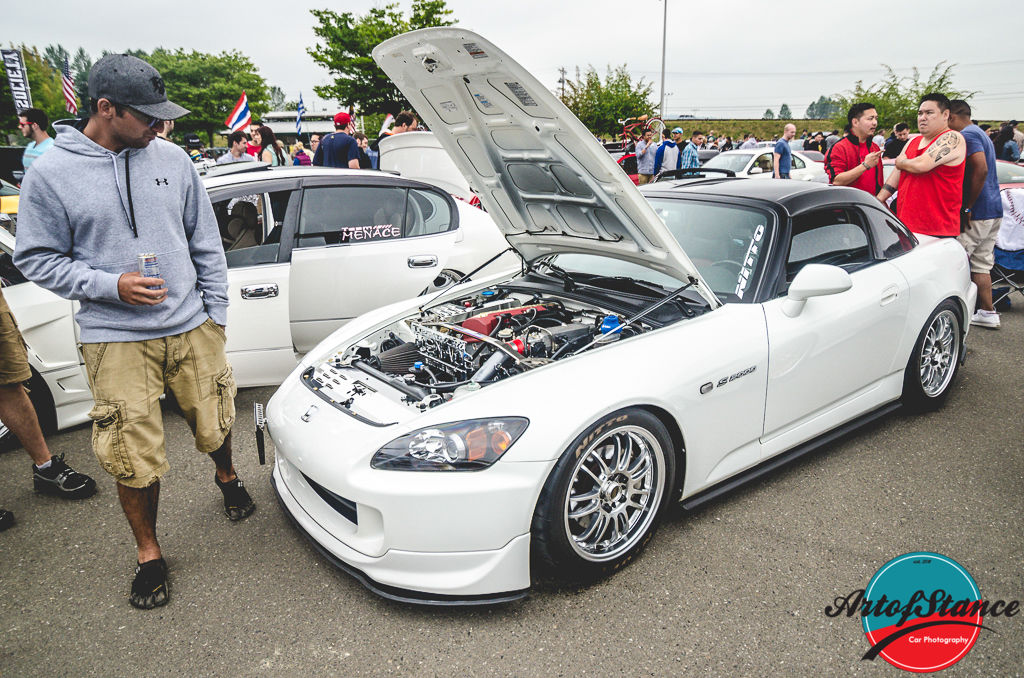 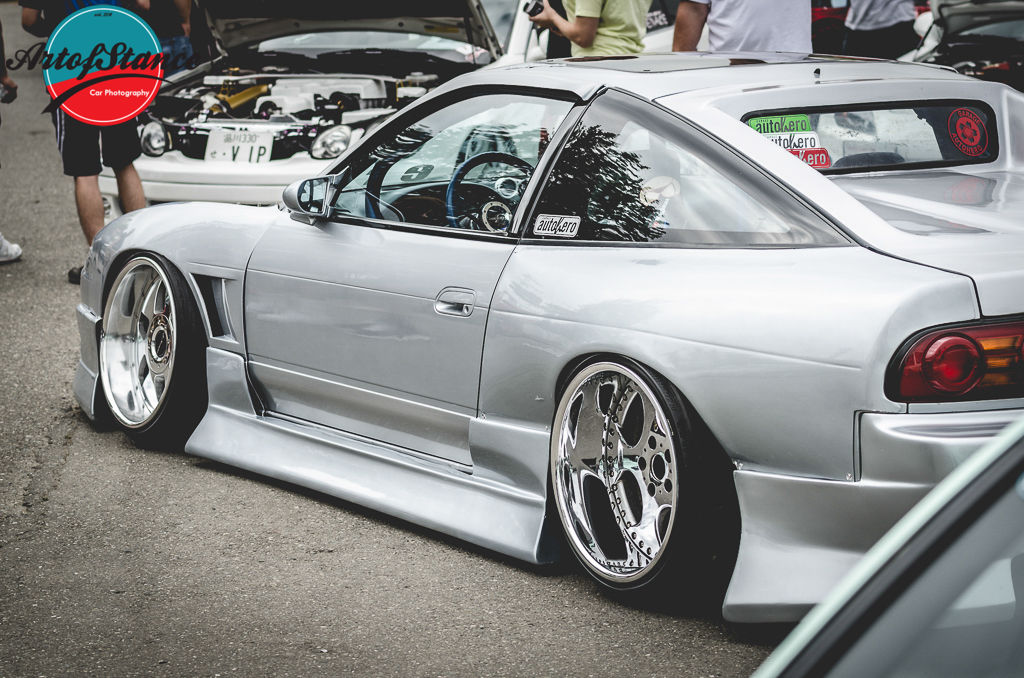 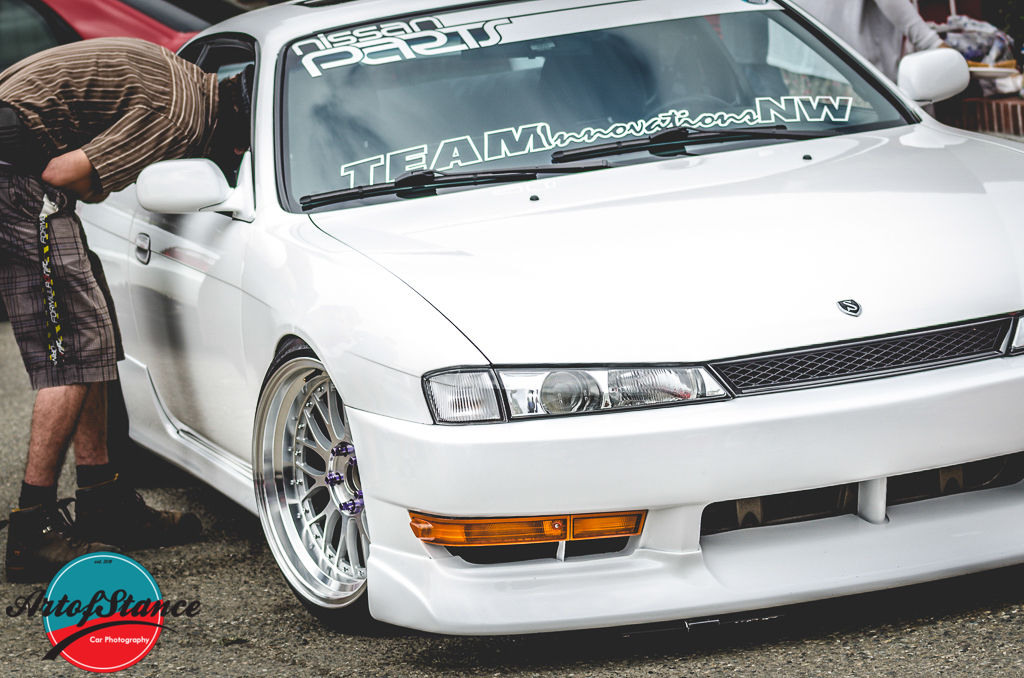 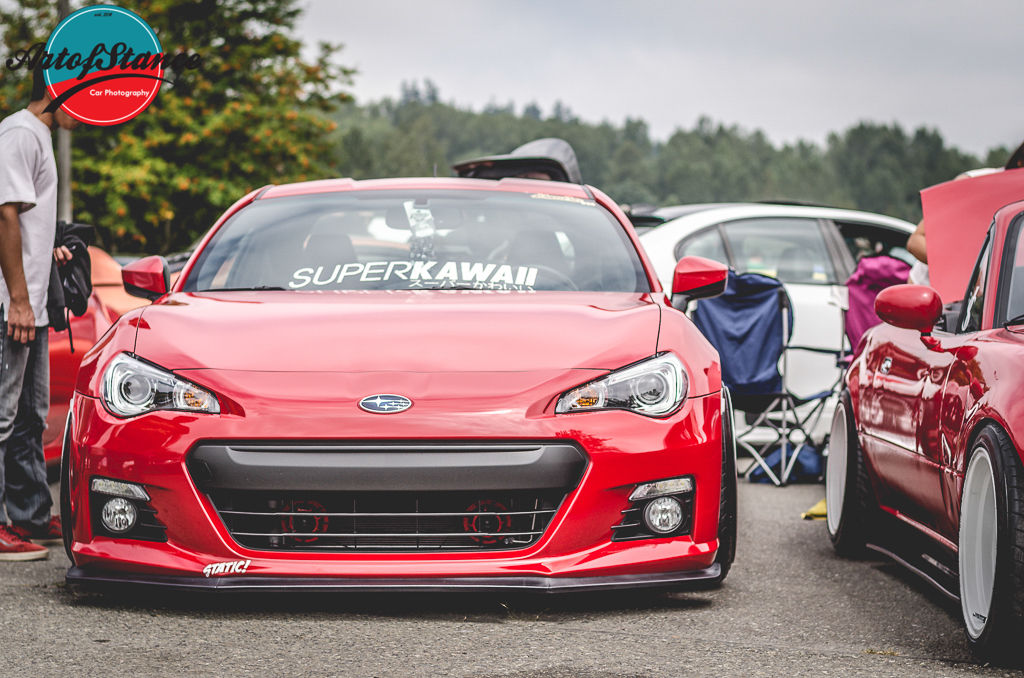 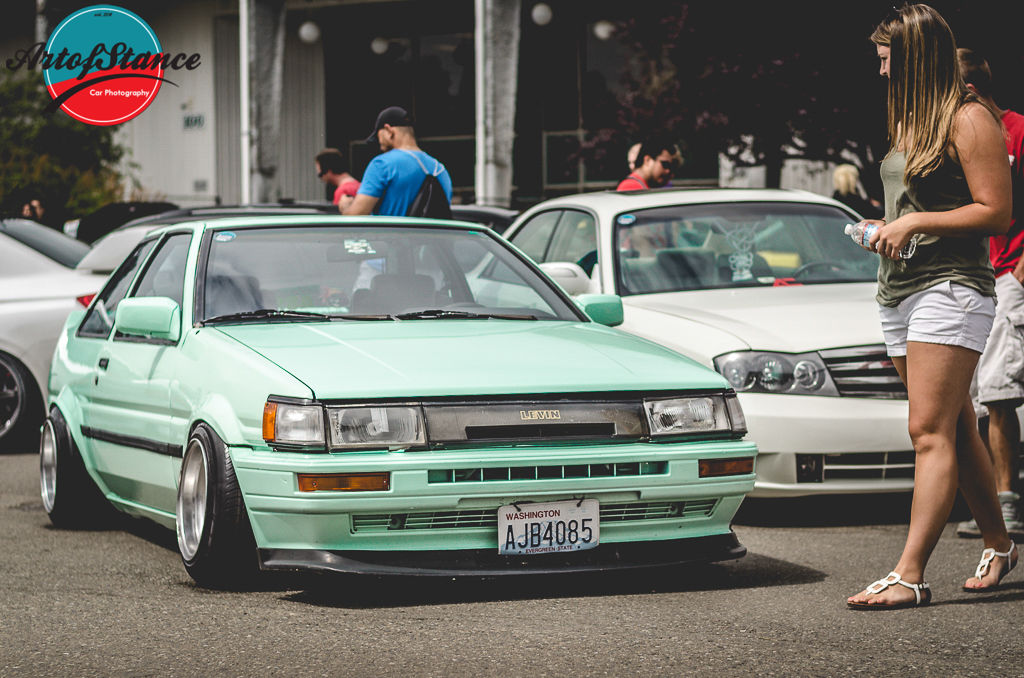 One great aspect of Evergreen Speedway is that fans can access the team’s pit areas and get up close to many of the Formula D drift cars. 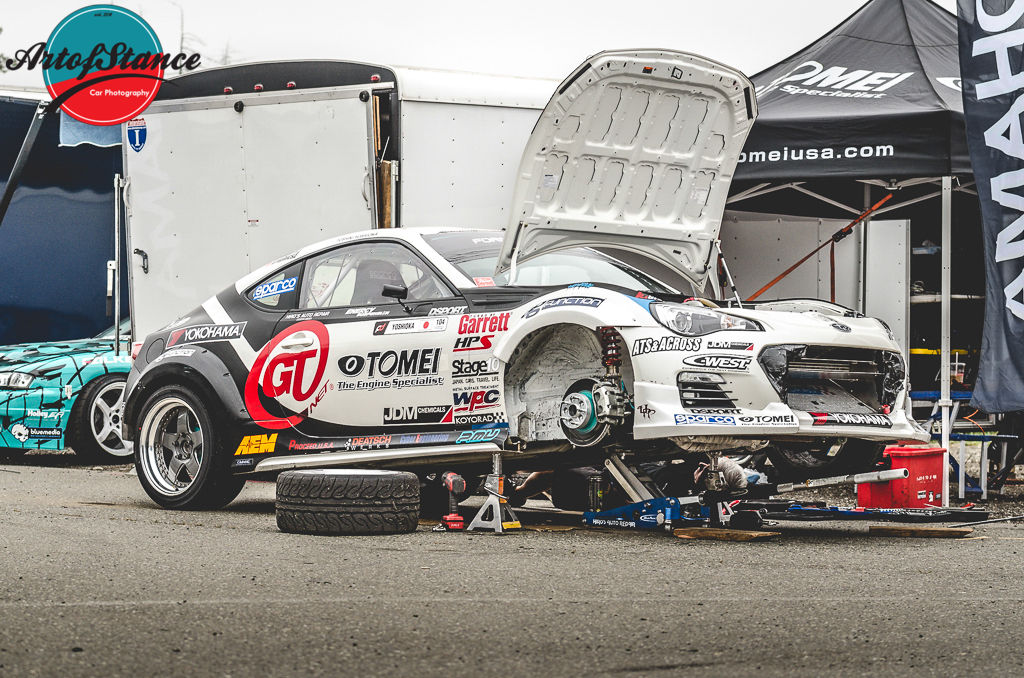 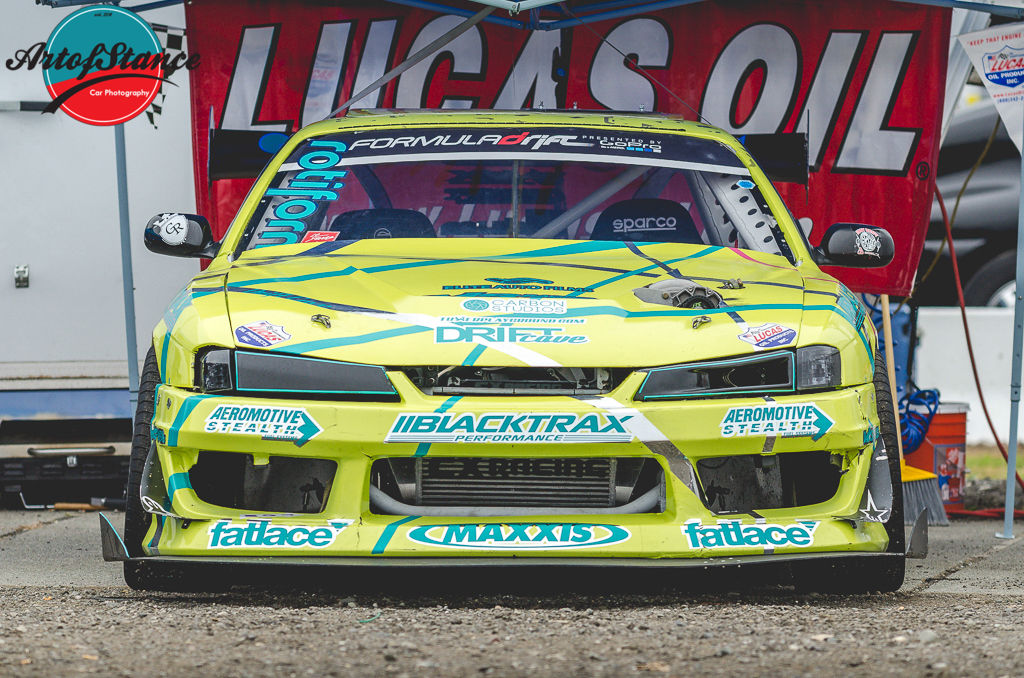 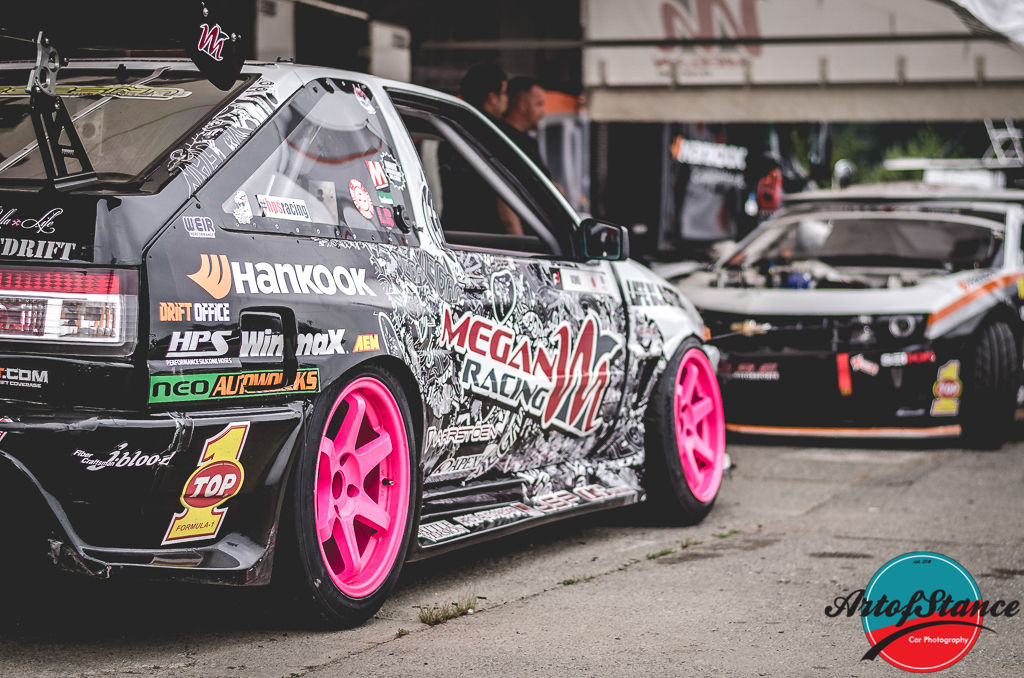 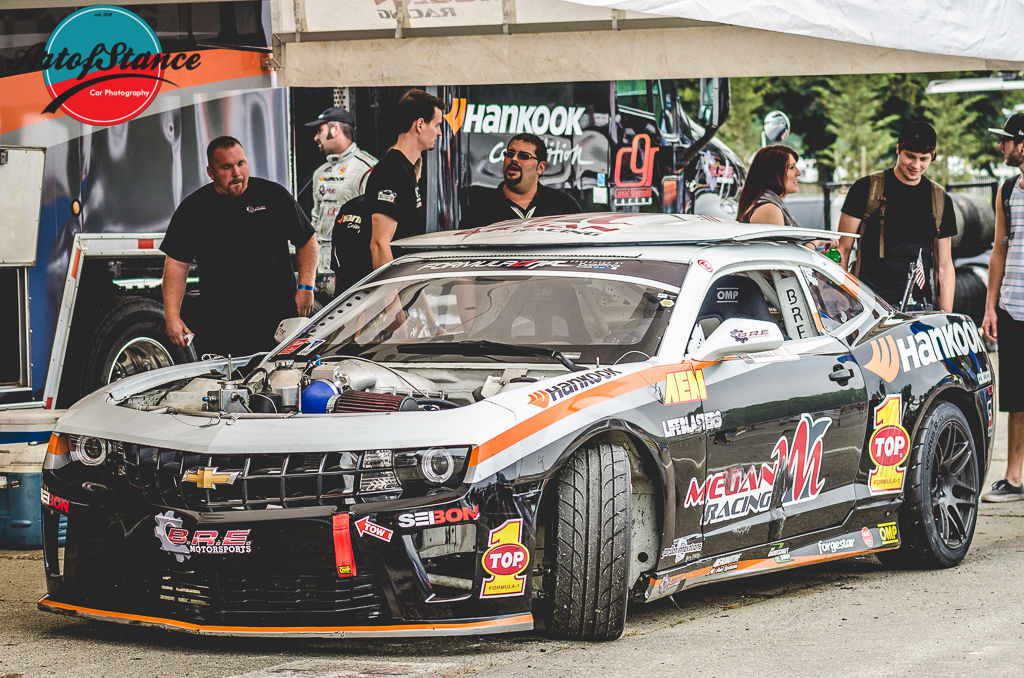 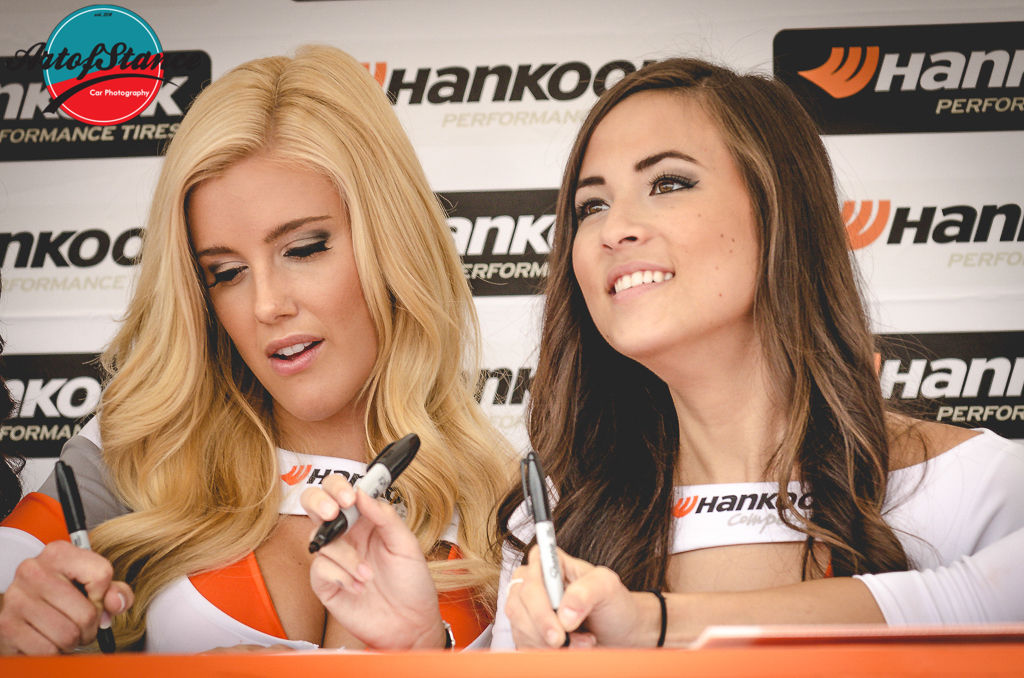 It wasn’t long before revving engines and the smell of burnt rubber drew my attention to the track where the top 32 drivers prepared to throwdown to a sold out crowd of 1500.

RTR Drift Team’s Monster of a Ford Mustang. 845HP in this beast. 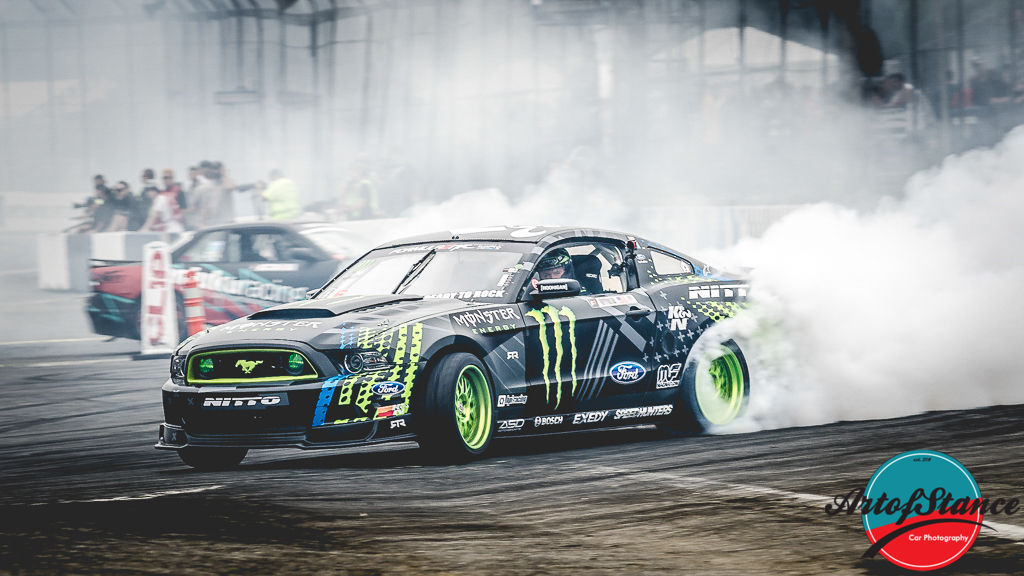 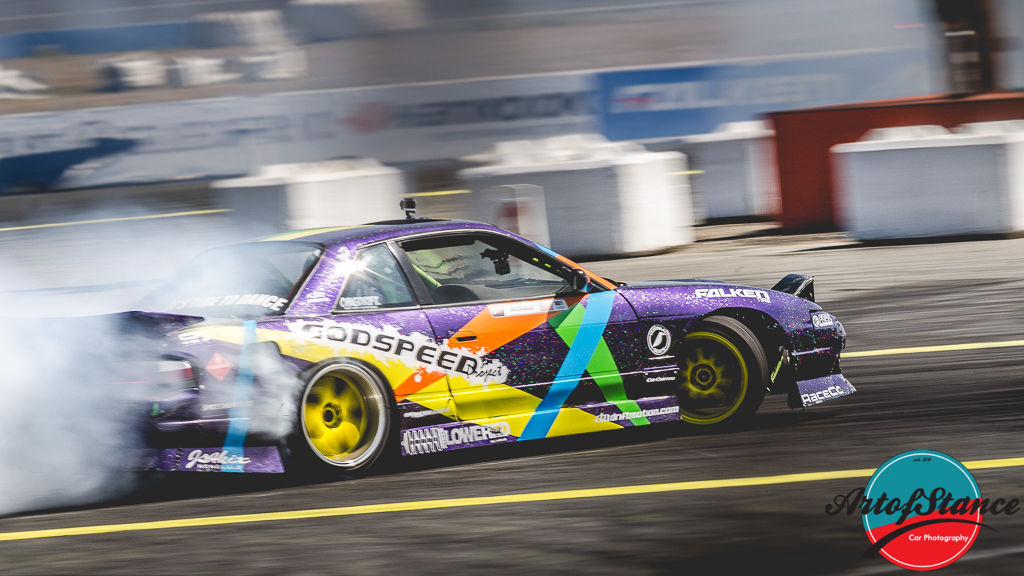 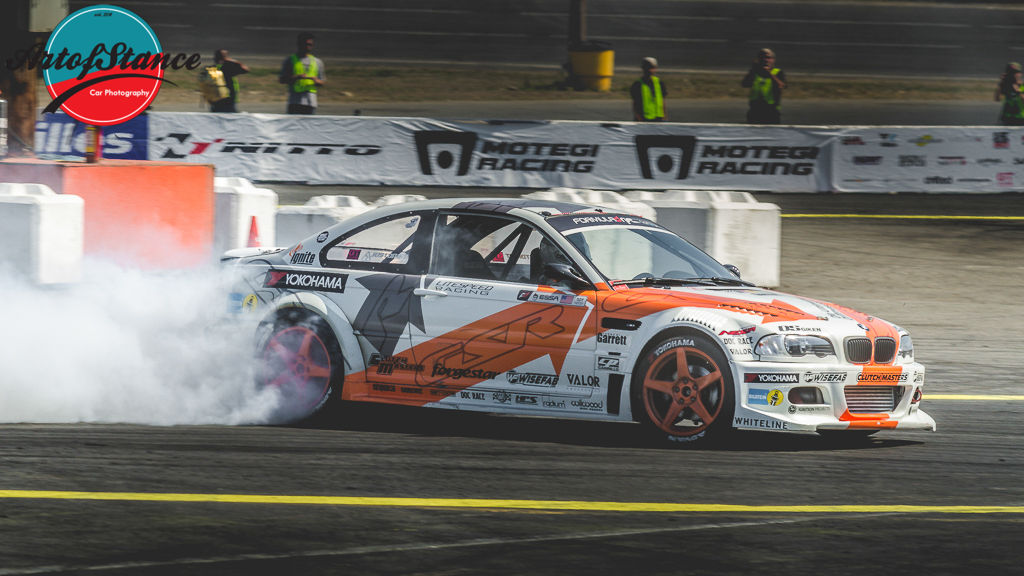 Formula D draws drivers from all over the world. Darren McNamara representing Ireland. 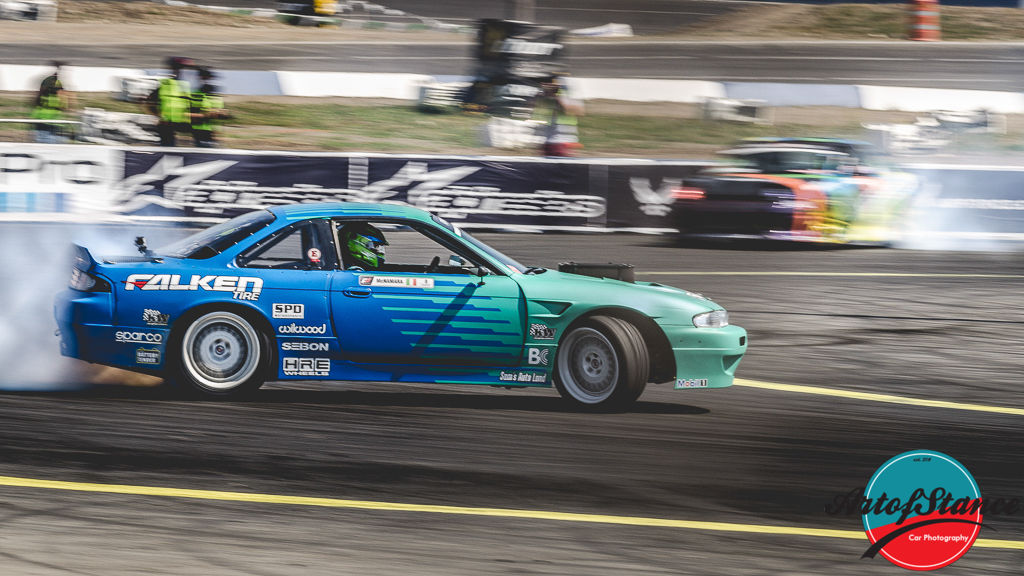 Awrimas Bakchis driving out of Lithuania in his Nissan Silvia S14 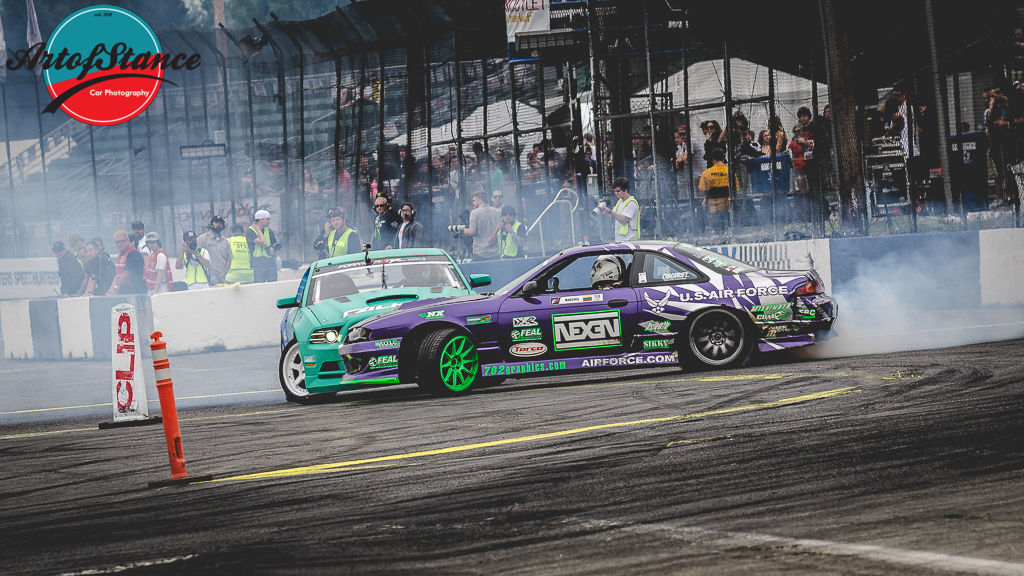 Evergreen Speedway’s tight transitions made for some great battles. 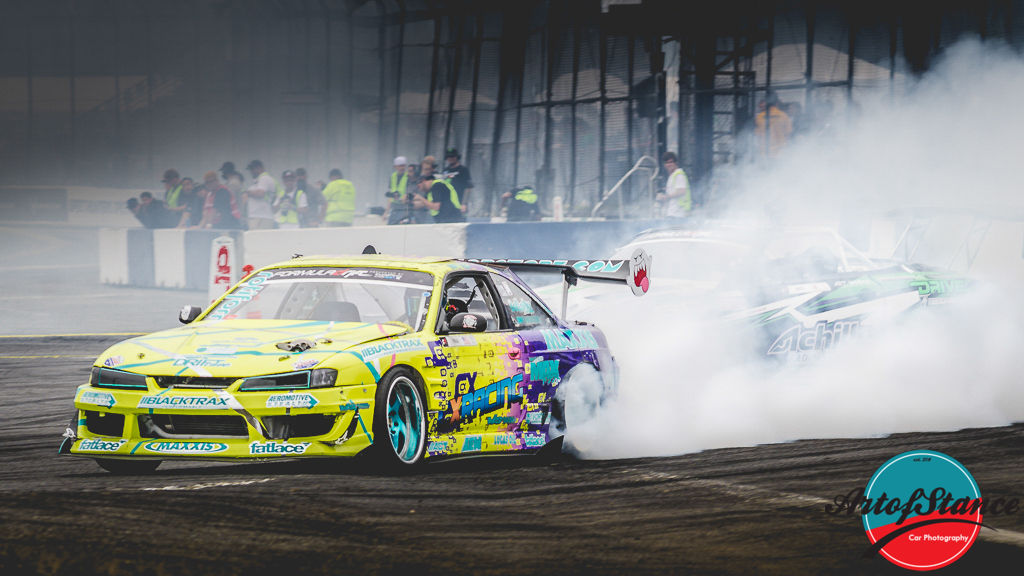 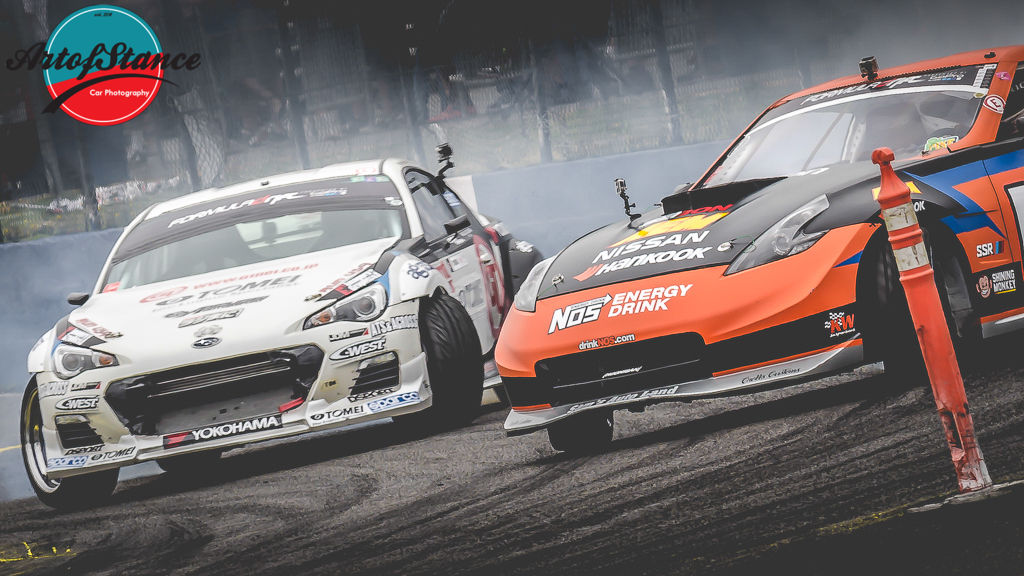 Matt Powers being chased down in his Nissan Silvia S14 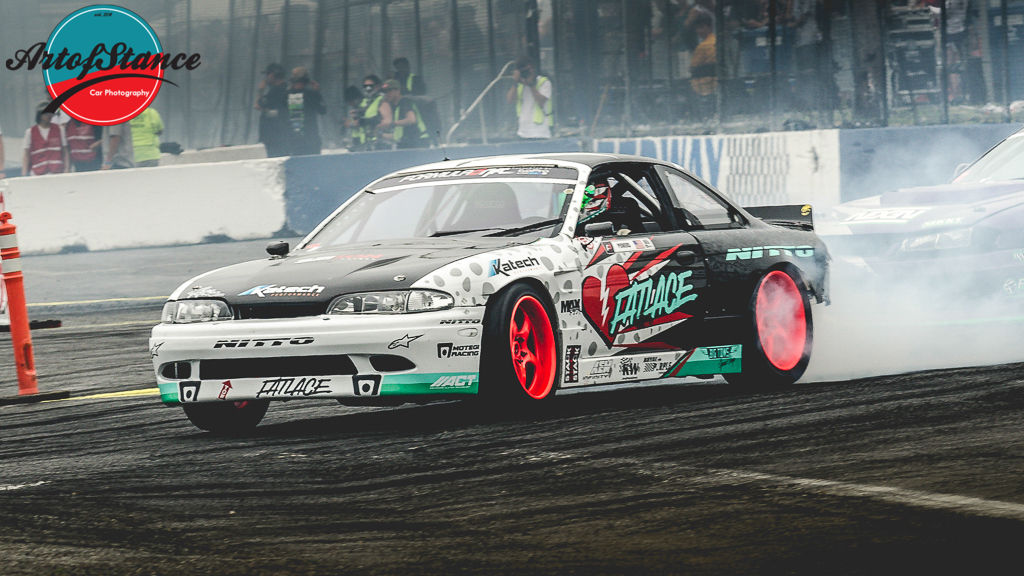 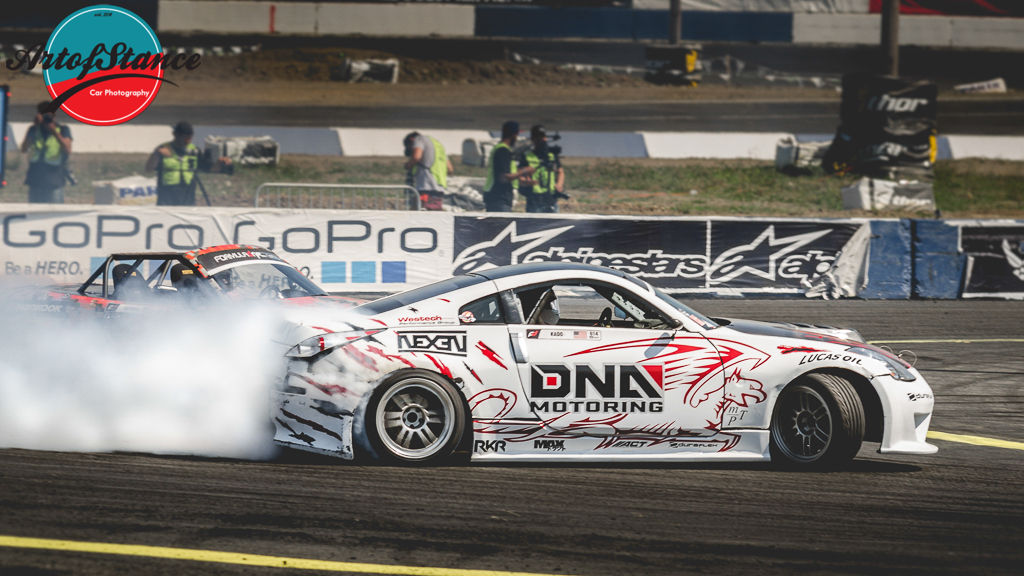 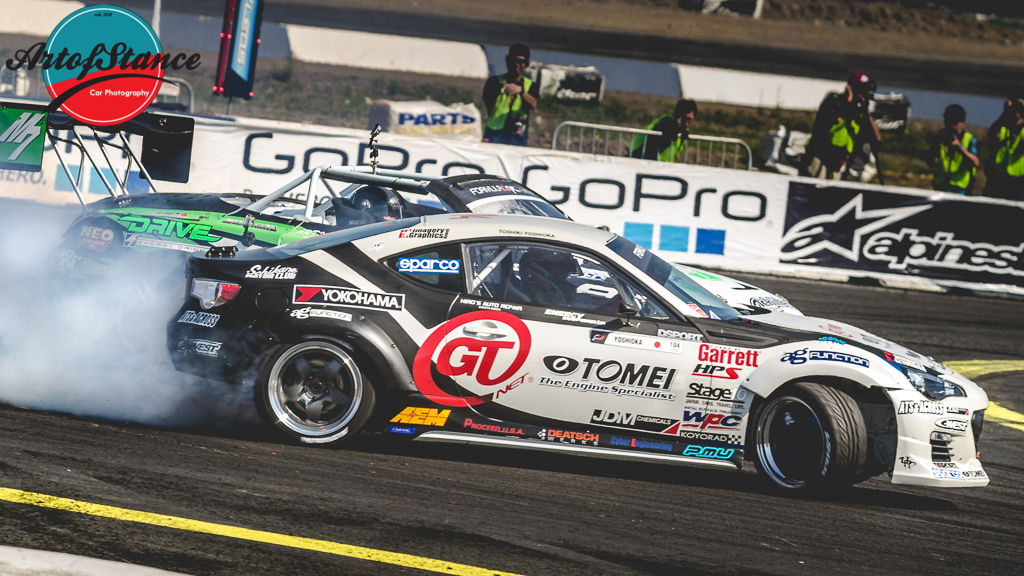 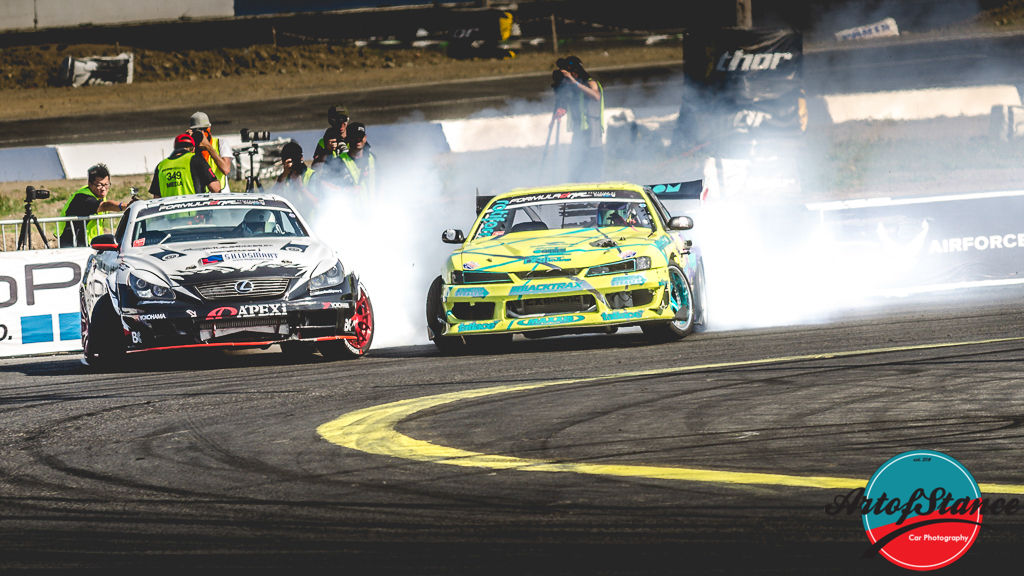 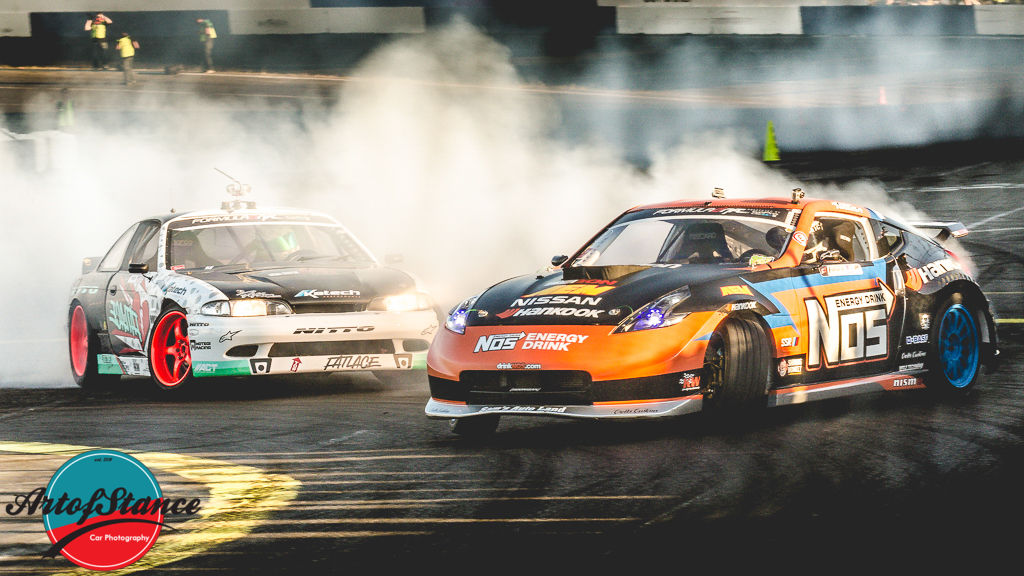 With casualties along the way 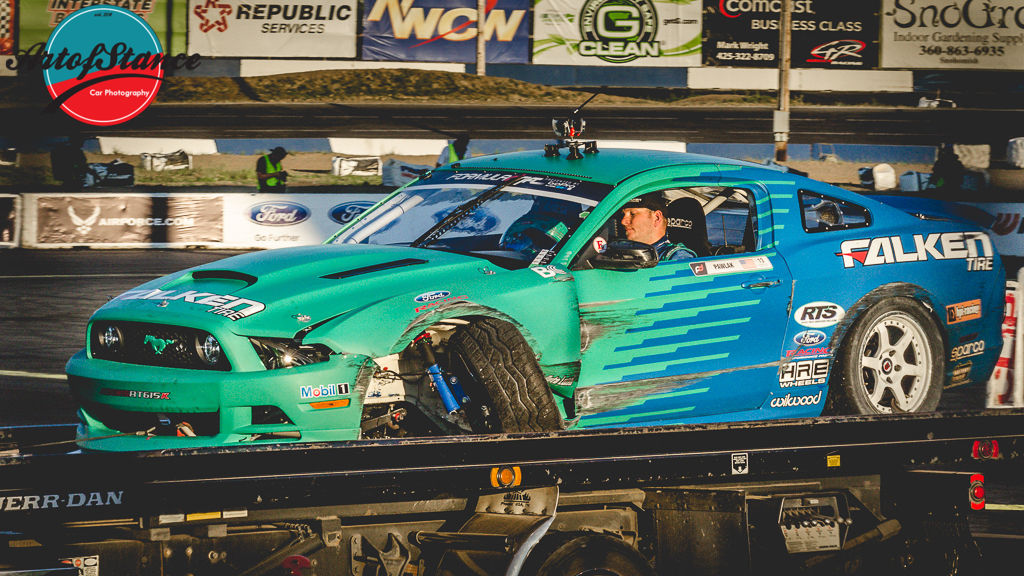 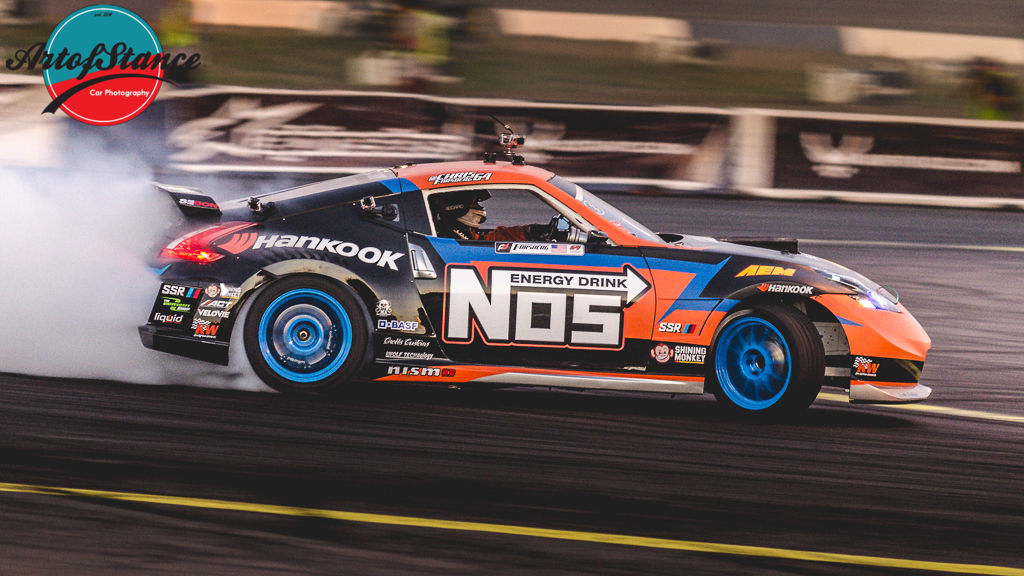 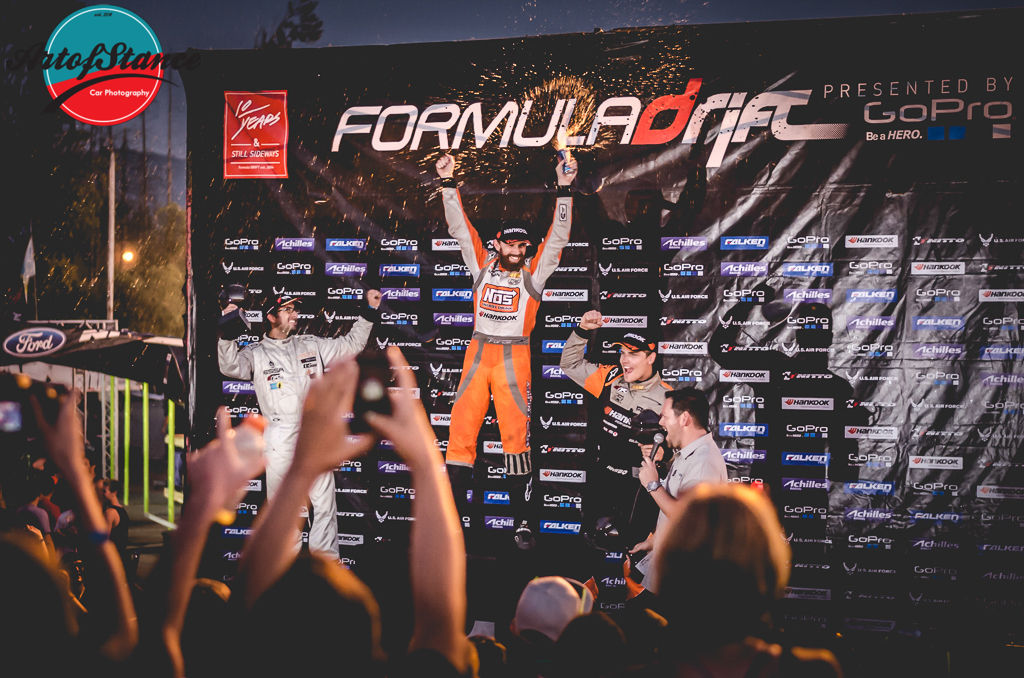 And with that it was time to pack up. I had a long but amazing day at Evergreen Speedway. If you haven’t checked out one of the Formula D events close to you I highly recommend it. Just be sure to take a lot of pictures! 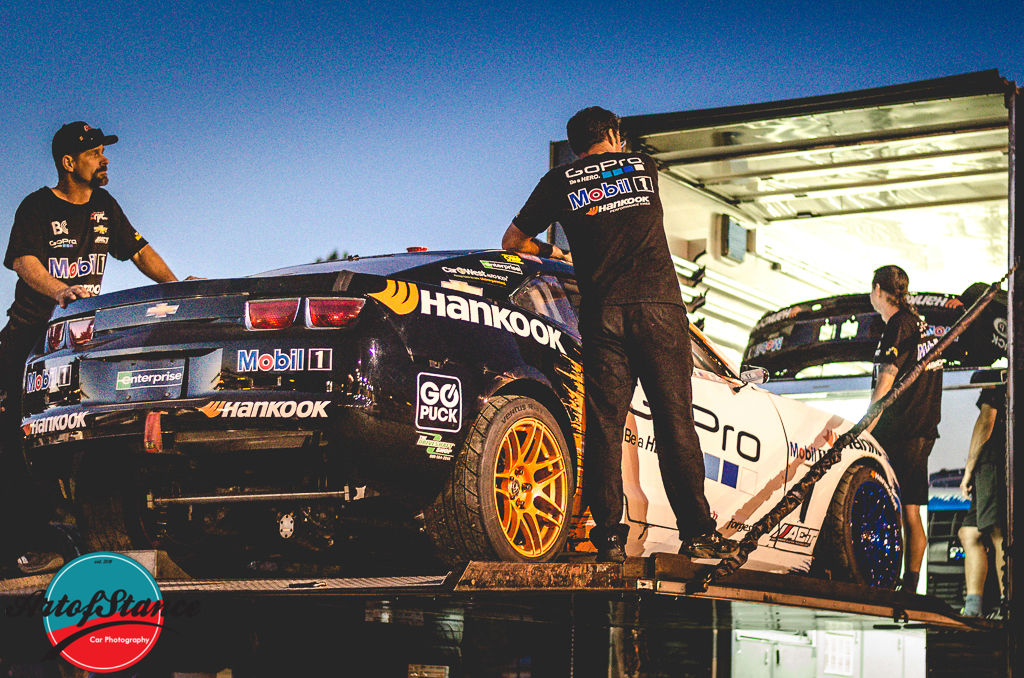 *editors note: we’ll be featuring more photos of the Fatlace Slammed Society showcase from Jonathan in another feature*